We Take a Walk

We live just outside of the city limits of Las Cruces and are surrounded by the 496,000 acres of the Organ Mountains Desert Peaks National Monument, our nation's newest protected area. We like to drive up to the Dripping Springs Visitor Center, located just a short drive from our house, to take walks and have picnics with friends.

Last week we decided to walk the trail to the springs that give the area its name, since we have always just walked the shorter trail to La Cueva.


We had to stop and take a photo of the scary warning sign telling us to carry water, hike with a companion, and not to attempt to do things beyond our ability.

The first ruins we came to were of the chicken coop, livery and mercantile buildings that were part of Van Patten's Mountain Camp, the original Dripping Springs resort which was built in the 1870s. 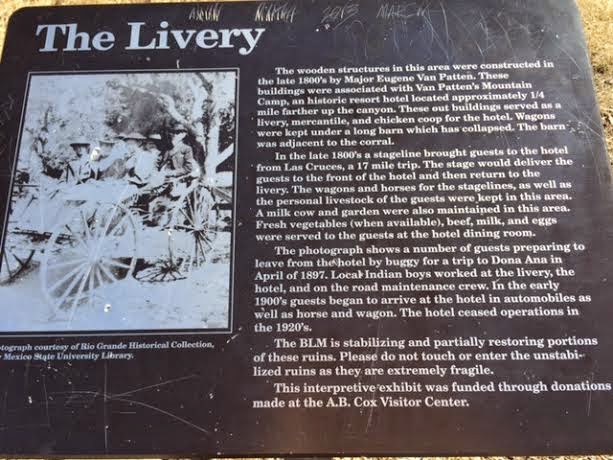 It was fun to imagine early travelers making the trip by stage coach.


We heard the dripping of the springs before we saw them. In this part of the country any amount of water is exciting; in the old days the spring dripped into the cistern and the staff at the resort filled ollas (large unglazed ceramic pots) and carried the water to the guests' rooms.


The resort was sold to Dr. Nathan Boyd in 1917. Mrs. Boyd had contracted tuberculosis, so her husband converted the resort to a sanatorium--the treatment for pulmonary tuberculosis in those pre-antibiotic days called for a healthful diet, strict bed rest, and lots of fresh air. 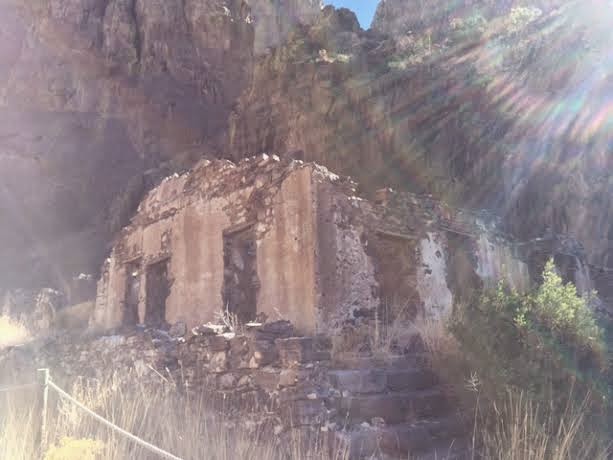 We loved our time up on the mountain (read Bill's account here), especially because the environment was so different from the high desert valley where we live. I'm going back up in a couple of days, this time to do some hiking in the snow.

Back in October, a terrible thing happened at our house. While we were away for just a couple of hours, a stray dog got into our yard, tore down the chicken yard fence, and killed all but one of our beautiful flock of chickens. The lone survivor, Gina, never really recovered from the massacre and died yesterday.

Although I was overwhelmed, Bill just went to work to rebuild and reinforce the chicken yard fence. He permanently locked up the big perimeter gates for a second line of defense and set about gathering a new flock. He found some young hens, just coming into their first season of laying; then he found ten Rhode Island Red chicks from a farmer down the road; and someone at the feed store handed him a free box of straight-run (unsexed) mixed-breed farm-hatched baby chicks. The feed store guy said that we could bring back any that turned out to be roosters and he would find them a home.

Within days, we had an even larger flock of chickens than we had started with. The big hens were able to go straight into the coop and chicken yard where they happily settled in, but the two batches of young chicks were housed inside in the newly-refurbished guest room (sigh) under heat lamps until they were old enough to live outdoors in the cooling fall weather.

In addition to those mystery breed chicks from the free box, we have a Sex Link, the Rhode Island Reds, and some Turkens--also known as Transylvanian Naked Necks. I've never been interested in having such peculiar-looking birds until I met ours. They are friendly, chatty, calm, and sweet. We just love them and they are happy living here. One even laid an egg in the car on her way home to us! 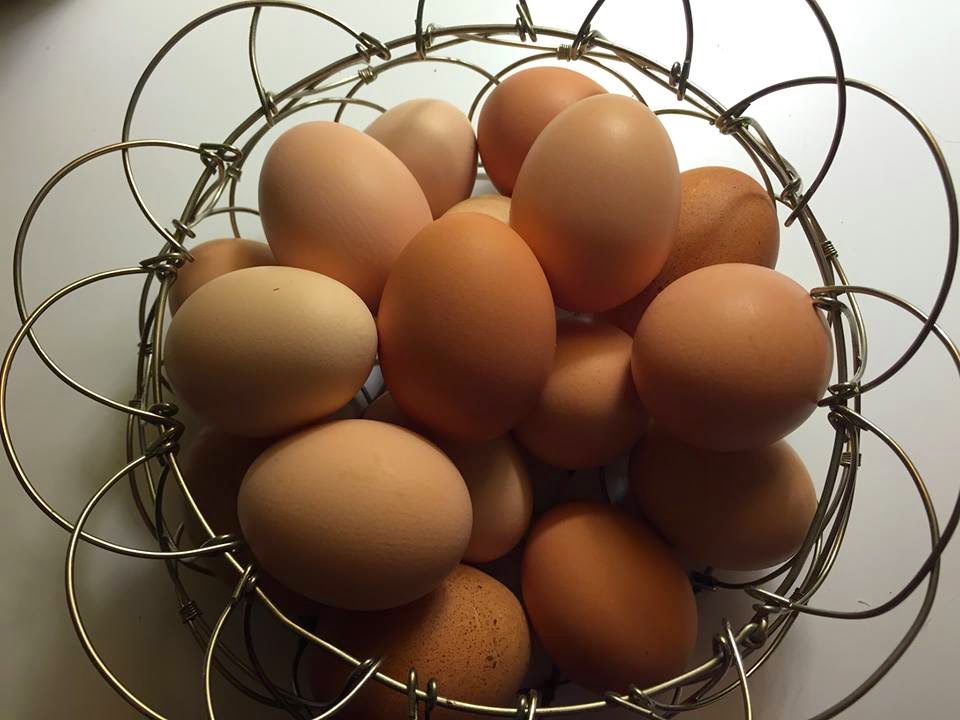