Henry "the kitten" is almost 9 months old. He keeps growing and growing, as you can see in this photo, taken when he was stretched out on the end of the sofa and as close to the fireplace as he could get.

You might remember that Henry was quite a wild boy when we first brought him home from the "kitty condo" where he lived for the first part of his life. See Hello, Henry for a look at his size on arrival here, and Catastrophe Averted, for his adventures in knitting.

My theory is that, having spent several months in a large cage before we adopted him, he just couldn't get enough of running and jumping and exploring every bit of our house. He has settled down somewhat since his fateful appointment with the vet, but he still likes to gallop from one end of the house to the other.

For some reason, perhaps because his new living space is so much larger than the old one, he has no desire to go outside. He will trot along with the dogs when they are headed out the door, but he stops there and sits inside looking through the window, calling to them until they return.

He is the cat-who-runs-with-the-dogs, though. He hides and jumps out and chases them, then they chase him. There's usually some kind of entertaining ruckus going on here.

And have I mentioned plumbing? Since giving up knitting, Henry has taken to dismantling parts of the bathrooms. He stole the hinge off the lid of the new toilet, takes out parts of the whirlpool tub jets and carries them around, and removes the sink strainers and plays hockey with them. Last night I saw a Sailor Cat out of the corner of my eye--Henry was strolling by with what looked like a pipe sticking jauntily out of his mouth. It turned out to be a Bic shaver. I wish that I had gotten a photo!

Rabbits at Dawn With Snow Falling

A winter themed sweater is the perfect project for these chilly days. I found this motif on Pinterest and I see it comes from Shutterstock. I'm afraid I can't tell you more than that, except that it was called "Wayuu Mochila pattern." 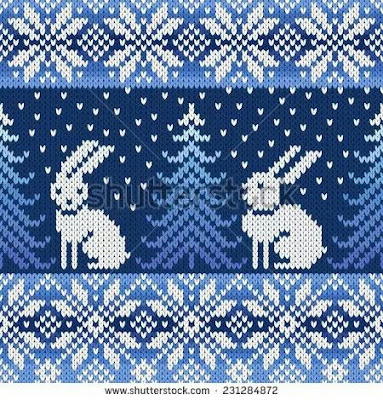 I added part of this motif, also from unknown origins via Pinterest. 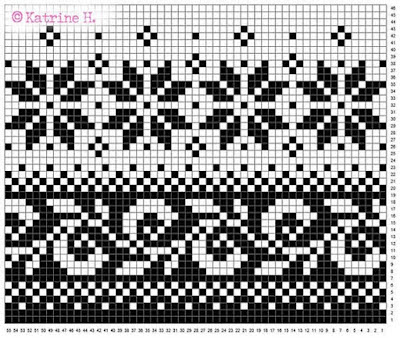 Here is how it looked partway through. The sweater is off the needles now and in the finishing stage. When everything is done, I will share a photo here. 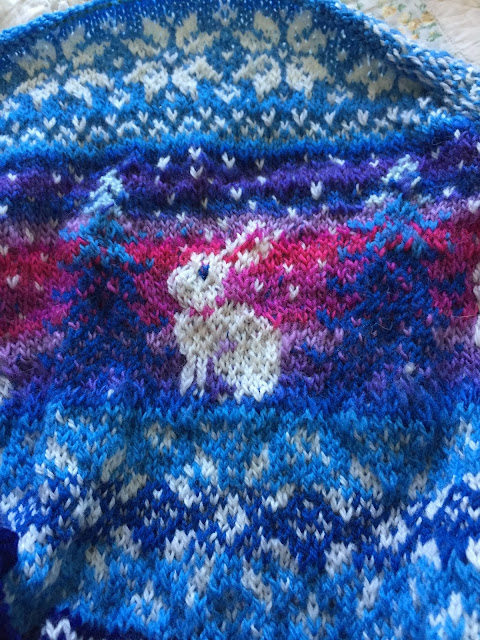 In other news from the Zees, the former kitten Henry is getting huge. At 8 months, he weighs almost ten pounds now. His behavior is quite different from the way it was when he first arrived. I'll tell you more about him in the next post.