Thank You For Your Kindness

As I was lacing up my sneakers for my morning walk today, I realized that the very people who had helped me so much had last seen me in severe pain, but had never heard the rest of the story--the story that they had set in motion through an act of kindness. This post is a thank you to them and a reminder to us all that what might seem like a small kindness can change someone else's life.

Back in 2007 when I was 62 and still working, I was in so much foot and knee pain that walking was becoming more and more difficult. I had even cancelled out on our proposed 25th anniversary trip to Italy the year before--we had a family trip to Yellowstone instead, where I was wheeled around in a rented wheelchair by my cheerful son, Ben, who made wheelchairing fun.

I had come to believe that joint pain was a part of growing older. As I limped through each day, I was resigned but sad to be missing out on so much.

One day, while walking down the hall at the school where I was librarian, I was hit with such severe knee pain that I grabbed at the wall for support. I hadn't realized that one of my fellow teachers was walking behind me and saw my agony. Di, an occupational therapist, took me by the elbow, saying "You are going to the principal's office with me, NOW." 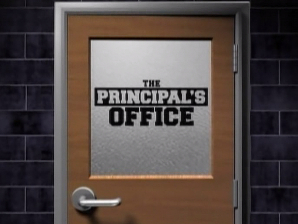 It turned out that the principal had a wonderful orthopedic surgeon. She handed me the phone number and these two good samaritans stood over me while I phoned and made an appointment. I will thank both of these women to the end of my days!

Within a week, I got a shot in my knee that gave instant relief that lasted several months. I met with my own doctor and we mapped out a plan to deal with my bad joints starting with the ground up. I had foot surgery as soon as it could be scheduled, which meant that I had to retire before the end of the year as originally planned.

Once I had healed, we moved cross country to New Mexico. I had my right knee replaced in April 2008 and the left one replaced on November 8th of the same year.

People talk about life-changing events, and now I know just what they mean. Because of the kindness of two women (and the expertise of medical specialists) I can walk without pain. I'm 76 now and, since those surgeries, have been to France and Iceland. I've hiked in many amazing places around New Mexico and the Southwest. I walk six days a week through pecan orchards and along irrigation canals with my friend Florence, who is five years older than me and who inspires me every day.

Thank you to the friends who saw me in pain and found a way to help. You made such a difference in my life. 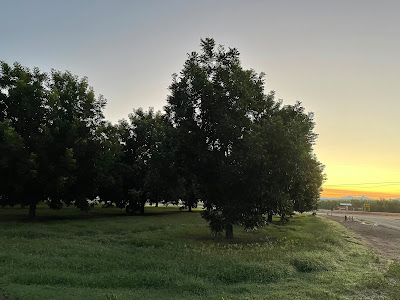 This is that morning, the one where there is some indefinable something in the air that promises that autumn will come. Is it the coolness, the dew (so rare in the desert), the sound of the owls hunting in the orchard? Autumn is still months away and the day will soon be blazing. But, still. This is that morning.

Posted by clairz at 6:31 AM No comments: