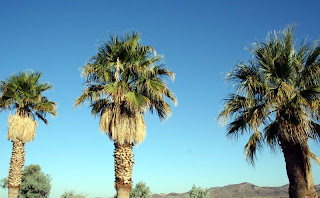 
While on our recent trip to California, I read a fine road trip book by Bill Bryson. It was his first book from way back in 1989, Lost Continent, and I could sense from the start that he was a) very young (I checked--37 or so counts as young to me), b) very grumpy about his country of birth, and c) so grumpy and critical that he had left to live in another country altogether. I recognized the signs, having followed the same path myself, although I had once gone to live in Canada and Bryson had left for England.

As he wrote about the 38 states he traveled through, he put down town after town in such a way that pretty much indicated that nothing here was going to please him. I was understanding of his malaise, and hopeful that as he got older that he might begin to appreciate the finer points of America. Indeed, I discovered on his web site that he had brought his family back from England when he was in his mid-forties, just as I had eventually returned to my country. Of course, he left again to live in England within the decade, but that might have been because of the rootlessness one finds after trying to go home again. Who knows?

Parts of this book were hysterically and overtly funny; other parts were sly and trickily humorous, as when Bryson dryly tells us that "Booker T. Washington...was a remarkable man. A freed slave, he taught himself to read and write, secured an education and eventually founded the Tuskegee Institute in Alabama, the first college in America for blacks. Then, as if that were not achievement enough, he finished his career as a soul musician, churning out a series of hits in the 1960s on the Stax record label with the backup group the MGs." Or, when he sneaks in this one: "Lancaster County is the home of the Pennsylvania Dutch, the Amish and Mennonites. The Mennonites are named after a well-known brand of speed stick deodorant." Honestly, this stuff reminds me of some of the more ambitious conversations between Auntie Bucksnort and myself.

Something that especially struck me was when the youthful Bryson was grumbling about the late 80s' suburban sprawl and the way that people, after visiting a tidy and picturesque Colonial Williamsburg, didn't just return home to restore their old buildings and to beautify their towns with trees and flowers. It occurred to me that almost thirty years later, this very thing has been happening with great results. A good many of the northern California cities and towns that we visited had well-preserved central "old towns," in addition to their more modern (and sprawly) shopping areas. Here are some links that will get you started on an old town tour.

Bryson is a funny guy, one I don't tire of reading. I read recently In a Sunburned Land, about australia, and laughed a loud so often.