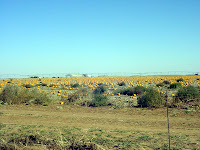 It’s the bountiful season in the Clovis area. Hay is being baled, the pumpkin fields are full, cotton is being harvested, and fresh peanuts are being roasted out in Portales. Before moving here, I’d never seen peanut fields or peanut plants, for that matter. I was fascinated when one of the farmers brought in a peanut plant to show off at the Clovis Farmers Market. A passing old timer shuddered and said it reminded him too much of all the peanuts he had to harvest by hand as a kid. 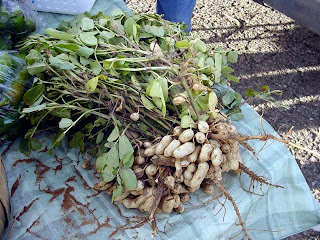 Peanuts are grown in the warm climates of Asia, Africa, Australia, and North and South America. Depending on where they are grown, they may be called monkey nuts, ground nuts, goobers, or earth nuts, although they are legumes, rather than nuts. George Washington Carver created 325 products from peanuts, including familiar and not so familiar food products ranging from peanut butter to mock goose. His peanut product inventions included types of stock foods, cosmetics, cleaning products, beverages, medicines, paints, dyes, stains, paper, and linoleum.

You can grow your own peanuts. Buy raw (unroasted) peanuts in the shell. Carefully take out the peanuts, doing your best to keep the skin intact. Plant an inch and a half deep in well drained sandy soil, to which you have added fertilizer and a legume innoculant. The plants will grow to one or one and a half feet tall. Don’t fertilize later in the season, and don’t overwater. The flowers are borne on shoots called pegs which then grow down into the soil and form the peanuts. When the leaves start to yellow, stop watering. Harvest at first frost. Pull up the entire plant and hang it up until the shells are dry. A single plant will produce 40 or more pods. For more complete instructions, see Painless Botany Lesson: Growing Peanuts.

I'm sure that peanut production is affected by the fact that many public schools now ban peanut products, due to the increasing numbers of children with peanut allergies. According to a Feb. 2007 news release from New Mexico State University, while commercial peanut production across the U.S. fell 29% during 2006 and “the planted area – 1.24 million acres – is the lowest in the United States since 1915” the organic peanut market is growing. New Mexico, Texas, and Georgia are the only states so far that are growing organic peanuts on a commercial scale.

There are a couple of peanut producers in nearby Portales—Sunland Peanuts, Inc. and the Borden Peanut Company. The Sunland plant has a retail store that sells raw, roasted, shelled, unshelled, salted and unsalted peanuts by the bag. They also provide an amazing variety of natural and organic peanut butters and peanut spreads (“Peanut Better”) flavored with raspberry, chocolate, caramel, cinnamon, peanut praline, vanilla cranberry, and sweet molasses; as well as a line of savory spreads, including Thai ginger and red pepper, onion-parsley, spicy southwestern, hickory smoked, and rosemary garlic. We bought some of the Thai ginger peanut butter and plan to use it as a sauce with grilled marinated pork satay. See the Sunland recipe page for ideas for using these flavored spreads. 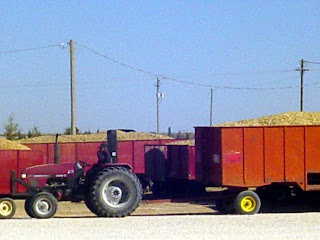 World Geography of the Peanut:
http://lanra.anthro.uga.edu/peanut/
Posted by clairz at 11:14 AM