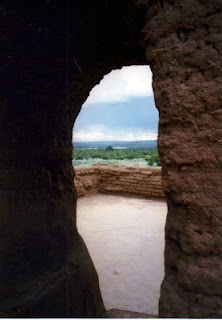 Death is not the greatest loss. The greatest loss is what dies inside us while we live.     ~Norman Cousins
I have been watching the Alzheimer's Project, an HBO documentary that has recently been broadcast on TV in five parts. I am pleased to find that all the parts of the documentary can be seen online. The filmmakers have found a nice balance between the personal stories of Alzheimer's patients and their caretakers, and a scientific approach to the disease, its causes, and the research for a cure.
The HBO website for the project also includes Alzheimer's basics, a clear and well-illustrated section on advances in neuroscience, an analysis of the impact of the disease in America, and resources for getting help, as well as ways to get involved through research, action projects, tributes, and local screenings.
According to the documentary, after cancer Alzheimer's is the second most feared disease in America. I can believe it, for I wept as I looked at lives impacted by this terrible thief of memories.
After watching the documentary, I wanted to hear more from Alzheimer's patients and their caretakers. Here are some voices of those who have found themselves on this frightening journey:
Living with Alzhiemers' [sic]: Joe's blog is honest and sometimes filled with anger
Robrt Pela: Caring for an Aging Parent: Robrt (yes, that's really the spelling) talks about his mother's Alzheimer's in a series of special reports on National Public Radio
The Trip Over: Don is a 73-year old retired physician who was diagnosed with early Alzheimer's in 2005. He writes this blog with his brother, Jan
People with Alzheimer's Stories: From the Alzheimer's Association, this list will link you to the personal stories of patients and their families
Do you know an Alzheimer's patient? Are you a caregiver? Can you share your story?
Posted by clairz at 7:00 AM

Now this is interesting... heard the word and know the meaning of 'synchronicity'? Well, most of Taos can tell you! We just spent a wonderful four days there; uh... I think I want to move. Anyhow, my mother is suffering from something .. not defined yet. Not really dementia because she is still sharp but I need to accumulate some knowledge on this subject so that I can get attain delicate skill with her; and know what I'm dealing with. She does refuse to go to any doctor (vehemently).. very timely.